Pet food sales are growing every day. People love their pets and spending millions of dollars per year on pet food. People reflect their own human diets in the choice of pet food, so product integrity, ease of use and attractive packaging matter. And what matters the most is the presence of pet food in the supermarket because there is no sale if there are no products. 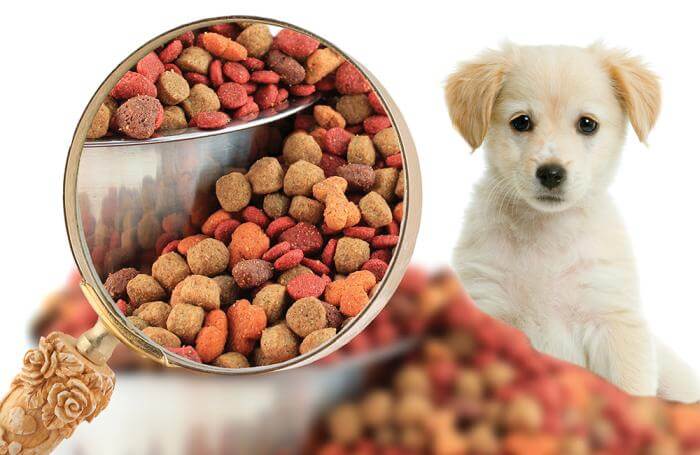 In the modern packaging industry, greater emphasis is placed on automatic packaging machines than in the past. Because with creative and rapid packaging, more customers will be attracted to your brand, and you will have products on the shelves. It will also deliver positive effects to your business.

What is a Pet Food Packaging Machine?

Pet food packaging machine is dog food filler and sealer. It performs two functions; firstly, it will fill the bags with pet food and secondly, it will seal the bags to ensure fresh food from plant to plate. Besides pet food, you can use it to pack a number of different things like medicines, dry food items, tea, coffee, etc.

Packaging machines are usually big and take a lot of space and cost a lumpsum amount of money. But in the long run, it’s pretty efficient as it will save you a lot of labor costs and increase production.

The inline packing machine packs the food in a straight line. It has a single in-feed point, single sealing point and an output point, there can be multiple, but they take up ample space. The machine has a straight conveyer belt; after opening the bag, it is placed on the belt and slowly moved to each station. Firstly, the bag is inflated, then food is filled at the in-feed point. Afterwards, it’s moved to the sealing point where it is sealed and pushed to the conveyer belt, and they are ready to pack in boxes.

A rotary packing machine is a more efficient and faster machine. Typically, it has four in-feed points, which means it can fill four bags simultaneously; there can be more also. A rotary machine is suitable for plants with more production and less production area because they can pack multiple packs in a small place. Feeding points are arranged in a circular position. The working is similar to the inline packing machine.

Then we have two more in terms of automation, Fully-Automatic and Semi-Automatic pet food packing machines.

The name describes the machine by itself. There is very little human involvement in this type, the operator will set the parameters, and the machine will start to work. Everything is done automatically, and the man will only add bags to the machine when required.

A semi-automatic packing machine has the most automatic functions, but the machine still needs a bit of human supervision to work correctly. The machine is excellent for small business owners because they are cheap.

There are five types of bag styles used for pet food packaging.

Pillow style bag is commonly used for small packs. It is a versatile and economical bag that looks great with the right graphics on it. It is applicable to most packing applications.

Pillow style is simple to produce, easy to pack and film cost is pretty low.

Gusseted bags are great for a large quantity of pet food. The bags have collapsible sides, which add to the product dimensions and storage capacity. Moreover, it has a big area for graphics and can be displayed in standing and lying positions. The bag is also easy to stack and transport.

Flat bottom bags are pretty popular because they are easy to display, has a vast face for labels and graphics. One reason of its popularity is unassisted standings; this makes them easier to store in houses and supermarkets. Moreover, this design can support many different packaging materials.

Quad seal bag is extreme; it can hold heavy things while maintaining the shelf appeal and shape of the bag. The bag is excellent for fresh materials like tea, coffee, candy, snacks, pet food etc.

Doypack is a new style and gaining popularity. It is mostly used to sell premium products like premium pet food, cannabis etc. Moreover, they also come in a resealable design; you can also use resealable zip lock bags to ensure freshness. The bag stands unassisted and has a broad face for labelling and graphics.

The process takes place in five steps. In six steps, we will start from unwinding the film and ends with sealing and discharging the bag for transport.

The packing machine normally uses a single sheet of film rolled on a core. The film material can be anything from polyethylene, foil, cellophane laminates and paper laminates. Popularly the film is pulled by transport belts, which are positioned to the side of forming tube. There is another method as well; in this method, jaws will automatically grab the film and unwind the film.

You can also install a motor-driven system which will assist the two transport belts. The extra addition is recommended only if the roll is heavy.

Printing is necessary for most industries because there is no barcode or expiry date on the film, and it is essential to have them on a package. The machine can use either ink-jet or thermal type printer to print dates, logos, graphics etc.

The machine performs two functions in this step. Firstly, it uses the photo-eye to detect the marks printed by the printer. The photo-eye keep the film positioned correctly so that there is no complication in the cutting phase.

Then there are tracking sensors; their job is to detect the position of the film. If the sensor detects the edge is off-center, it will send a signal to the actuator, which in turn will move the entire film carriage to shift until the edge is in the correct position.

In this process, the films are turned into bags. When the file enters the forming tube, it will fold the film around the tube, and we have a long-folded tube of film.

There is a rotary encoder near the shoulder of forming tube. It measures the length of movement as the in-contact film drives the encoder wheel. Then the length is transferred to PLC or programmable logic controller. Then the bag length is set by a human operator, and once the setting is done, the film transport will stop. Then the machine draws the film using two gear motors placed on each side of forming tube.

The last step is to fill and seal the bag. Firstly, the bag is vertically sealed, or the bottom of the bag is sealed. After that, it will move to the filling station, which can be a single head or a multi-head setup. It will fill the pack and move it to the sealing station. Then the bag will be sealed and pushed towards the next section. Where it will be placed in the boxes and moved to the supermarkets.

There are several types of pet foods; the most common are pellets and cookies. Both of them are dry products. Usually, inlock zippers, doypacks are commonly used. Then there is the BARF or biological appropriate Raw Food. For this, doypacks are recommended.

The number of fillers depends on the size of the production. If the output is a lot, then it’s better to have multiple fillers and vice versa.

Ask for extra features in the machine, like scale platform, collection table, product elevators, etc. You must ask about it because all these extras can have a good effect on the product’s functionality.

Now that you are aware of every necessary information about the pet food packing machine, we hope it will be easy for you to buy the ideal machine for your industry. If you want some modifications to the machine, you can ask the manufacturer to customize it according to your choice. Always purchase your pet food packing machine from a reliable and well-known manufacturer.